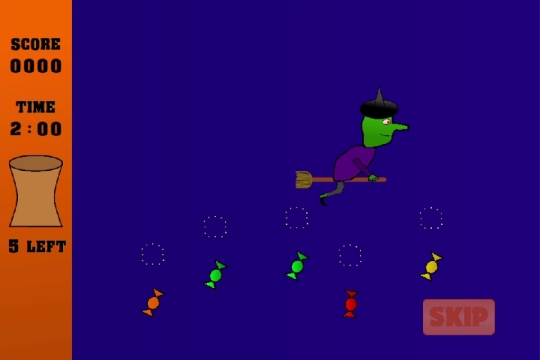 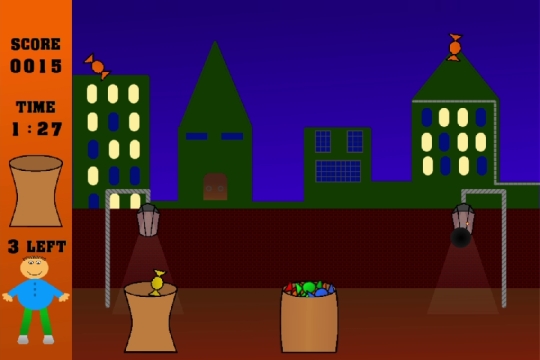 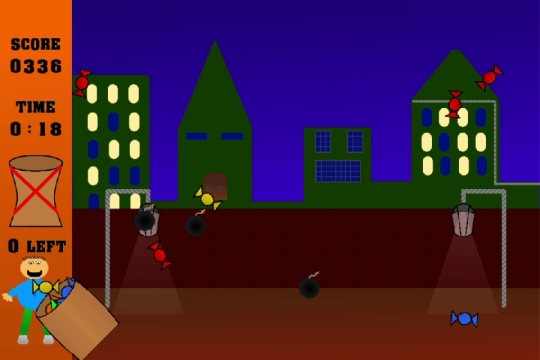 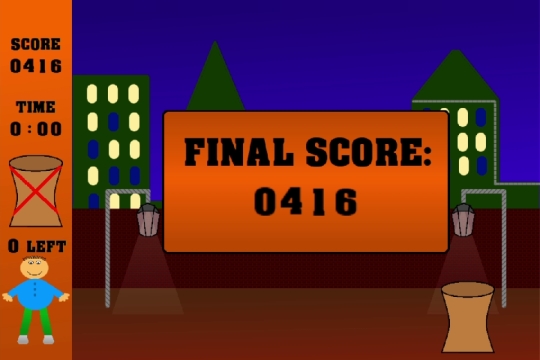 This minigame was made for the Spooky Mini Games Contest organized by Clickteam, in which participants were supposed to create, using the Multimedia Fusion 2 game engine, a Halloween themed minigame whose gameplay lasted no more than 2 minutes, consisting of a single screen (no title screen, menus, etc…).

A spiteful witch, flying on her broom, lets both sweets and bombs fall down from the sky. The objective of the game is to drag bags to catch sweets and bring them to a sweet tooth kid, while avoiding bombs. If a bag is hit by a bomb, it gets destroyed. But don't be greedy: if a bag contains more than 10 sweets, it will break!

I made this game alone (yes, including the terrible graphics :D ), in particular working on: