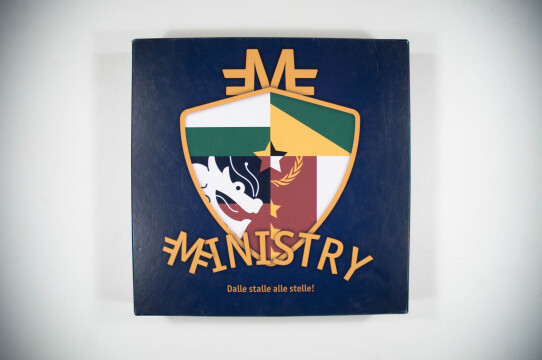 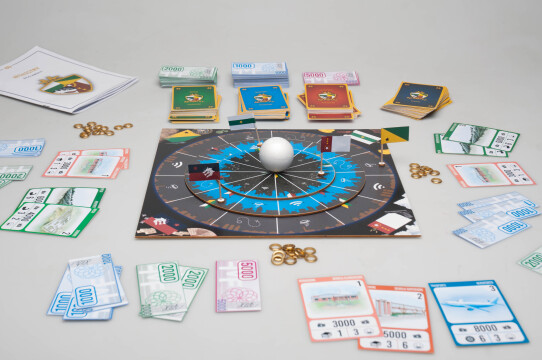 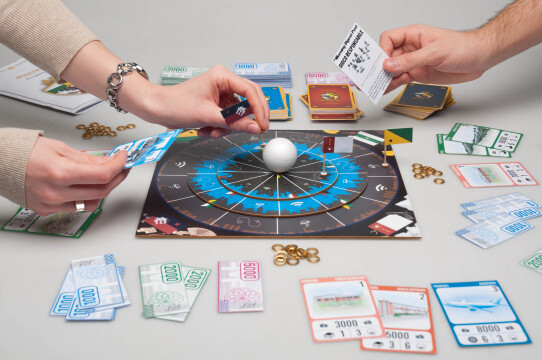 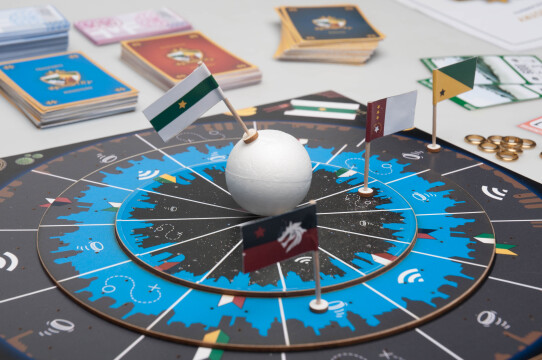 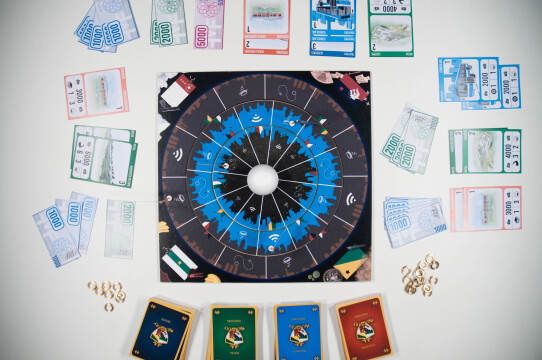 A board game designed and prototyped for the Game Design course held by Prof. Maresa Bertolo at Politecnico di Milano.

In this game, 4 players assume the role of Prime Minister of one of four fictional underdeveloped Countries. All of them have been elected promising to their population to make their Nation so rich and technologically developed to be able to reach the Moon! Now it's time to keep their promise!

The gameboard is made of three concentric rings, which can be rotated. The goal of the game is to reach the Moon, placed at the center of the board. To do it, players must make their way to it from the most external ring. A player can pass to the next ring by reaching the correct square in the current ring (which contains the arrow's tail with their Nation's flag colors) and aligning it with the correct square in the next ring (which contains the arrow's head with their Nation's flag colors) by rotating it. In addition, to pass to the next ring, the player must have reached at least a specific amount of Happyness Points and Education Points (these target values differ from ring to ring). From a specific square on the most internal ring, a player can reach the Moon and win the game, if they have the minimum amount of Happyness Points and Education Points necessary to do it!

The game has the objective to make players reflect on the importance of education for the development and wealth of a Country, and on the difficulty of managing the growth in many fields simultaneously.

This game has been developed in team of 4 people:

We all worked on design of mechanics and narrative. Plus, I worked on parameters tuning to balance the game, while Chiara, Alberto and Camille worked on graphic design and packaging.