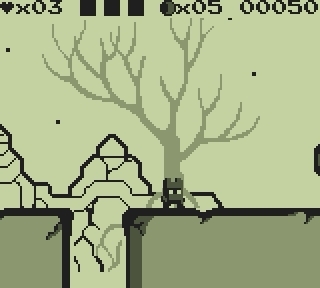 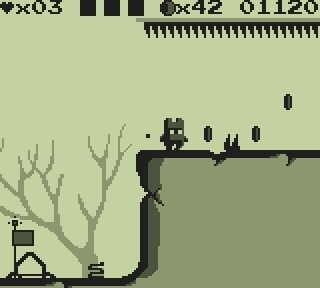 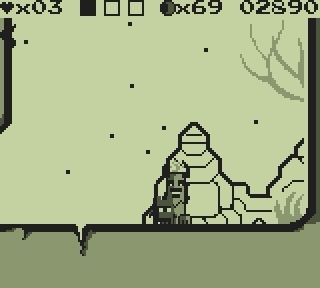 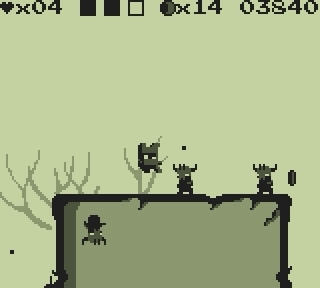 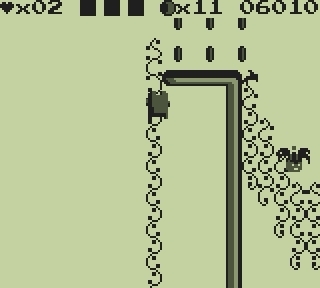 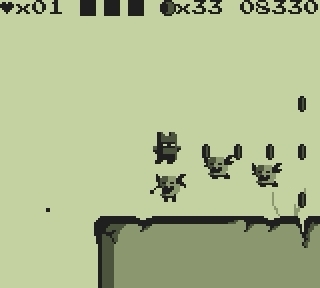 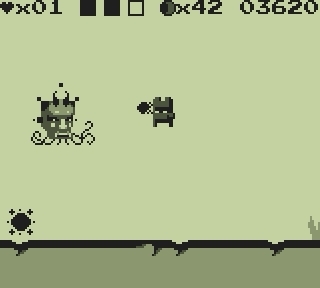 This game has been made for GBJAM 5, a cool game jam in which the goal was to make a Game Boy themed game in one week. We were a team of three people:

This game is a love letter to Game Boy's platformers such as Super Mario Land, which I used to play when I was a child (and I still play today on Virtual Console! :D ).

The idea was to craft an experience as close as possible to play a game on our beloved handheld console, so we had submitted to as many technical specifications of the original Game Boy hardware as possible. For example, the game uses the original GB resolution of 160x144 pixels, and the palette is limited to 4 colors. All tiles in the game are exactly 8x8 pixels, and each sprite has no more than 3 colors (plus transparency), just like in the original hardware. Furthermore, music and sound effects have been realized using a software running on a Game Boy emulator, so audio is authentic to the original hardware!

The game features 3 levels plus a boss fight and every level introduces a new mechanic, since Pahlawan (the hero of the game) recovers one of his powers that were stolen by the evil Dark Lord of Neraka, the final boss of the game!

For this game I worked on the following tasks: